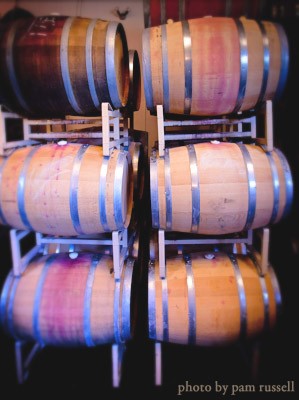 Why Join Our Washington Wine Club? – Comments from our winemaker

Most wineries have wine clubs but I think Camaraderie’s Washington Wine Club is pretty special, and that’s not just because I make all the wines. First, we are small (only about 3,000 cases produced in any one vintage) and every variety and blend we bottle is very limited in production. But for the wine club I often make some very special releases of blends or vineyard designated wines that become very sought after (especially by our distributors once they find out about them). Examples of these wines are our Tempranillo and Malbec.

You can rely on every wine sent to you to be a wine of excellence, not just an opportunity to move along a back vintage. Camaraderie Cellars has won over 100 major international awards in some of the most prestigious competitions. Consistently, our Washington wine club members get to enjoy wines that later become the pride of restaurant lists and your cellar. For instance we sent the 2005 Elegance to our club members back in 2007. We only made 200 cases. It was a blend of all five Bordeaux grape varieties from Meek Family Vineyard near Benton City in the Yakima Valley. That wine went on to win one of the most coveted awards in America, the Jefferson Cup. The award was only one of 17 granted in 2008 of the 700+ wines evaluated. Further, two other of our wines were nominated for the award after earning certificates naming them “Wines of American Greatness.” These recent awards are just the latest in a line of Gold’s and Best of Class that we have earned recognizing across the board consistent excellence.

Over the years Camaraderie Cellars has been identified as one of the most consistent high quality producers of Washington State wine. We have also become known for reasonable pricing.

I don’t make any wine I am not passionate about. If I did, the wine would know. I have no favorites, just a lot of pride in what we do here and the delight in sharing it with folks that appreciate excellence in wines and life without being too “foo foo” about it.

Details of our Washington wine club can be found attached but just know that being a part of our wine club is an opportunity to have excellence delivered to your door and to have the door to the winery always open for your visit and a chat about the latest things happening in the vineyard or the kitchen.

So, consider joining the club! I think you’ll find it a great opportunity to enjoy very limited production wines that are as recognized for excellence as any in Washington State.

Travel with the Les Amis Wine Club for more Camaraderie!

Did you know that our wine club travels together?  We have been to the Bordeaux region of France, cruised the Danube, the Rhone, the Douro, and Saône Rivers, as well as customized private tours exploring Sicily and the Mendoza wine region of Argentina.  Adventures are typically planned for every other year by our Wine Club Manager, Joy Lingerfelt, who is our certified travel professional.  Click on the link to see what our 2024 adventure on the Azarara Pursuit from Athens to Venice will entail.  We would love to have you join us.